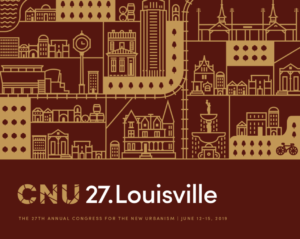 Building roads and highways may open up land for free market development, but providing for sprawl is not the only way to create opportunities for new housing, neither is it economically or socially advantageous.

The 20th Century family for whom suburban subdivisions were envisioned is no longer the statistical norm. In addition, young people are looking for an urban lifestyle, and so are many of the parents left behind. To build the cities and towns of the future, National Geographic explores the need to fix the recent mistakes and misconceptions of automobile focused suburbia.

Developers have identified a desire by suburbanites for ‘experiences’ that provide them with activities and places to interact. Hence the rise of cooking demonstrations, outdoor yoga classes, smaller concert venues, farmers markets, and splashable fountains, among others. The more time spent together, the more likely people will also shop, dine, and hold a positive view of their community.

As the scale of testing increases, the potential of driverless cars to transform our lives is becoming clearer. Fewer parking spaces, reduced road space, deliveries on demand, demise of strip malls, longer commuting distances, and a need for flexible parking structures, among others, have major implications for our urban and suburban development patterns – not all are necessarily positive.

Much of suburban sprawl is vehicle-oriented, served by inadequate sidewalks, and inaccessible without a car. Highlighting Jeff Speck’s new book, Walkability City Rules: 101 Steps to Making Better Place, the article discusses how investing in walkability can enhance the appeal of places to a range of ages, increase home values and jobs numbers, and promote local expenditure on goods and services.

“Providence, which won a 2018 CNU Charter Award, is an example of how traditional neighborhood development can add to quality of life in a car-oriented suburban landscape.” explains Rob Steuteville, Public Square. The 305 acre Village of Providence intentionally rebalances the previously fragmented, single-use sprawl at the northwest city limits of Huntsville with infill, housing diversity, shared amenities, and useful commercial. By providing the region’s missing ingredients in a walkable environment, it has become a preferred place to live and a popular evening hang-out.

Significant changes in urban real estate markets over the last two decades has invigorated downtowns and urban neighborhoods. People who have choices are forgoing private subdivisions and gated communities in favor of places with more authentic neighborhoods and a sense of community. They are finding these characteristics in historic cities and towns. This article discusses how Sprawl has constrained the expansion of urbanism, inflating the economic pressures in high-demand urban neighborhoods.

Note: Great article on the success of three New Urbanist developments! These particular communities are examples of new and/or infill projects in suburban locations, which can serve as inspirational models for future suburban retrofits.

Three Alabama towns are robust examples of New Urbanism — traditional communities designed to be practical rather than nostalgic. One was named the National Association of Homebuilders’ 2014 Community of the Year.

In this article, Cary Estes and Art Meripol highlight three successful Alabama communities: Hampstead in Montgomery, the Village of Providence in Huntsville, and Mount Laurel in Birmingham.

It is called New Urbanism, a design concept in which communities are compact and connected. A place where children can walk to school, families can walk to church, and many of the necessities of daily life, such as food and health care, are also just a short stroll away. Where the sidewalks are wide and the front porches deep, and neighbors actually know each other.

“The reason it’s New Urbanism and not old urbanism is that it combines elements of both,” Andres Duany [of DPZ CoDESIGN] says. “We are non-ideological. This is not a nostalgic movement. It’s a pragmatic movement about whatever works best in the long run. And it turns out that what works best tends to have a lot of the characteristics of old-town planning, but with some of the things that suburbs do well. So it’s actually ruthlessly pragmatic.

“Essentially, suburbia, as we’ve known it, is obsolete. Office parks and malls are closing. People want the main streets. So now New Urbanism is dedicated to retrofitting suburbia and repairing urban sprawl. One of the most exciting things we’re doing now is taking all this great investment in suburbia that is losing value, and we’re fixing it. We’re making it walkable and diverse. This isn’t some kind of intellectual movement. It’s driven very much by reality,” according to Duany.