The latest ICSC research in 2019 found 78% of U.S. adults would consider residing in environments that have a variety of uses in close proximity to one another. The principal reasons include convenience, an efficient use of time, and more better experience. We wonder who are the remaining 22%?

The 20th Century family for whom suburban subdivisions were envisioned is no longer the statistical norm. In addition, young people are looking for an urban lifestyle, and so are many of the parents left behind. To build the cities and towns of the future, National Geographic explores the need to fix the recent mistakes and misconceptions of automobile focused suburbia.

With restaurants and bars now occupying upwards of 25 percent of space, mall owners are struggling to identify new opportunities to stem their decline. There is growing recognition that to compete with vibrant downtowns and online shopping, malls will also need to add hotels, apartments, and entertainment to create attractive mixed-use neighborhoods.

Developers have identified a desire by suburbanites for ‘experiences’ that provide them with activities and places to interact. Hence the rise of cooking demonstrations, outdoor yoga classes, smaller concert venues, farmers markets, and splashable fountains, among others. The more time spent together, the more likely people will also shop, dine, and hold a positive view of their community.

Millennials seek the live-work-play lifestyle, but evidence suggests they are no longer solely focused on compact, diverse urban centers. In an attempt to attract this valuable demographic “suburban villages” are being created in larger developments. Lakewood Ranch is sighted as an example, with its Main Street cluster of condos, shops, restaurants, theaters and employers nearby. The investment appears to be working as millennials are buying homes in large numbers, and their preference shifting towards mature and emerging suburbs.

Paul Genovesi, CNU-A, is an Urban Designer at DPZ CoDesign in Miami, FL. As a Millennial, formerly of New Jersey, he offers additional commentary on Alastair Boone’s piece:

“Why Are Millennials Leaving New Jersey?

Losing millennials is just the tipping point for New Jersey. As these young, talented professionals flock to Hoboken to work in New York, or flee to adjacent Philadelphia and leave the state altogether, their empty-nester parents are also abandoning the Garden State to escape the high property taxes. Even their prospective employers are following them on the train out of NJ. According to Plan Smart NJ, the state currently has a 60+ year stock of vacant office space, and it’s increasing by the day as companies follow the millennials to areas like Brooklyn and Philadelphia.

Repairing suburban office parks and shopping areas to make them once again viable for millennial employers/retailers should be a priority. These areas should be near existing major transit stations, as they are primed to better provide an exchange of residents, jobs, and lifestyle activities with the major metropolitan areas like New York, Hoboken/Jersey City, and Philadelphia.

However, none of this will be possible without a major bureaucratic makeover in the state. Exclusionary zoning laws prohibit the building of walkable urbanism and housing types other than single family. High property taxes make homeownership difficult and force rents to be higher than the market dictates. Arguably, the extremely limited/restrictive liquor license laws may be the biggest hurdle that prohibits millennial-popular places from forming in New Jersey. Several of the new urban/infill projects in the state are successful, but lack a pulse after 8pm, just like the sleepy suburb the millennial fled in the first place. 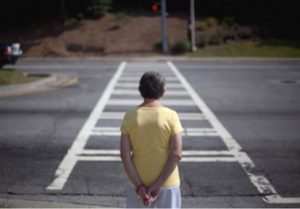 As our population ages, it is more important than ever to adapt our communities to make them more livable and supportive for those who wish to remain independent in their own homes. A Supportive Living Module is a sprawl repair technique that can be inserted into a traditional cul-de-sac to facilitate aging in place within one’s home community.

“Welltower, a company that owns health-care real estate, from retirement communities to outpatient medical office buildings, recently surveyed 3,000 people to find out more about this desire among urbanites to age in place. Respondents were of various ages—Baby Boomers, Generation X, and Millennials—and lived in 10 cities across the country, from Seattle to Houston to Boston. One Canadian city—Toronto—was also included.

The survey showed that 7 out of 10 urbanites still want to live in their city after the age of 80. For Boomers, the share was higher, at 8 out of 10. The result was fairly uniform across the cities. The survey also revealed that all generations are thinking of their 80-plus lives as active ones.”

“Across the country, people are getting older, living longer, and staying in their communities.”

“Millennials want a different kind of suburban development that is smart, efficient and sustainable.

The suburbanization of America marches on. That movement includes millennials, who, as it turns out, are not a monolithic generation of suburb-hating city dwellers.

Most of that generation represents a powerful global trend. They may like the city, but they love the suburbs even more.

They are continuing to migrate to suburbs. According to the latest Census Bureau statistics, 25- to 29-year-olds are about a quarter more likely to move from the city to the suburbs as vice versa; older millennials are more than twice as likely.

Their future — and that of the planet — lies on the urban peripheries.

Planners need to view cities, suburbs and exurbs not as discrete units but as regions, with one integrated environmental and technological system.”

The most environmentally responsible approach is almost always reusing and reconfiguring what already exists, rather than discarding and creating something new.  It is critical to employ sprawl repair techniques to make our communities more socially and environmentally responsive, not just build new to suit the millennials. Read more from Galina Tachieva.

According to a report by CBRE, New Jersey’s struggling office market is facing another big challenge: the exodus of millennials. This is in addition to numerous hurdles over the past decade, resulting from the recession and vacant corporate campuses left behind after company consolidations. The latest is an “alarming” outflow of young workers from the state.

A number of landlords have been investing heavily to renovate older buildings, adding lobbies with Wi-Fi, baristas and wine bars, lounge seating and cafeterias offering a variety of food options. Others are subsidizing beefed-up transportation to and from train stations and hip downtowns using vans or ride-sharing apps.

Many millennials are coming from a few years of living on college campuses with recreational areas, academic buildings and collaborative spaces. Savvy corporate complexes, like the Warren Corporate Center in Warren, N.J., are being redeveloped with amenities designed to attract millennials, such as a stand-alone amenity building in the center of the 820,000 square-foot complex, featuring an indoor basketball court, conference-room facilities, a food court with a coffee bar, fitness center and a green roof with event space.

Sprawl repair techniques can revitalize suburban campuses and communities to make it more attractive for the millennials, and all residents of the Garden State.

“… all around the country as new types of vibrant suburbs, either revived or created from scratch, are springing up outside of expensive downtown cores to meet the needs of young families who aren’t so much choosing suburban life as insisting that the suburbs change to accommodate the priorities they’ve brought with them from the city.

They demand higher-density housing, shorter commutes, easy access to their daily needs, plenty of opportunities to interact socially, interesting shopping, nearby green space, high-end dining options and other amenities traditionally unavailable in sprawling suburbs. It’s a new kind of convenient and tech-enabled community, with more breathing room than downtown and more street life than the ‘burbs.”

“Millennials have been slow to form households, but it’s happening now, and roughly two-thirds say they want to live and work in mixed-use urban neighborhoods where they can feel a strong sense of community and invest in interactions and experiences, rather than things,” says Jennifer Griffin, urban planner and Millennial mom.