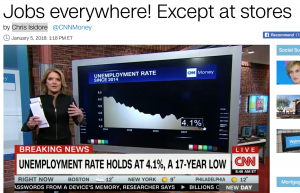 The retail meltdown is having the worst impact on the young, elderly, women and minorities hardest. According to the December Jobs Report:

In 2017, 7,000 store closings were announced, a record that was more than triple 2016’s number. And the trend will undoubtedly continue in 2018. Sears Holdings (SHLD), owner of both Sears and Kmart, said Thursday it plans to close more than 100 additional stores.”

It is more important than ever to diversify our economy and opportunities through sprawl retrofits and mall repair that supports all of our citizens.